In the World Arabic Language Day, UNESCO celebrates the language of Dhad

In the World Arabic Language Day, UNESCO celebrates the language of Dhad

The International Day of the Arabic Language is celebrated all over the world as a way to enhance cultural understanding and encourage dialogue between people who speak different languages, as organizations and governments hold cultural events that showcase the history and richness of the Arabic language by highlighting current developments in Arabic literature through lectures and workshops by Arab writers and poets.

The occasion to celebrate this day goes back to the year 1973 when Arabic became the sixth official language of the United Nations along with the other official languages, which are French, English, Russian, Spanish and Chinese.

World Arabic Language Day is not a public holiday, as companies, schools and government offices are open on this day. However, it contributes to strengthening ties between different cultures and developing science, medicine, mathematics and literature through the ages.

About the Arabic language

Arabic is a language with a rich history, and it is one of the most widely used languages ​​in the world, as it is spoken daily by approximately 422 people around the world and it’s the official language of 22 countries.

In addition, the Arabic language enjoys a prominent position not only in Arabic-speaking countries, but in all Islamic societies, as it is the language of the Qur’an, and prayer in Islam is only performed with the mastery of some of its words, and it is a major ritual language of a number of Christian churches in the Arab region, and also many of the most important Jewish religious and intellectual works of the Middle Ages were written in it.

The Arabic language is one of the most expressive languages ​​when it comes to literature, that’s why many have sought over time to reflect this in artistic ways, and one of these ways is the art of Arabic calligraphy.

Arabic calligraphy is the art of writing in the Arabic language, which began in the first century with the emergence of Muslims.

Arabic calligraphy had a great impact on the development of arts around the world, as it influenced many cultures such as those in medieval Andalusia and others, in addition to being a major inspiration in various artistic styles such as the styles of Baroque and Rococo art that emerged in Europe, as well as it helped in the amalgamation of many different cultures, it merged between the Islamic art world and other ancient cultures such as the Chinese culture which helped a lot in introducing completely new styles as a result of this cooperation.

Arabic calligraphy was originally a tool for communication, but over time, it began to be used in architecture, decoration and coin design, and the development of Arabic calligraphy into these major roles was a reflection of the early Muslims’ need to avoid using shapes and images in decorating architecture, clothes or anything, according to the teachings of Islam.

While the Arab tribes preferred to memorize texts and poetry, the early Muslims tried to document the Noble Qur’an using Arabic calligraphy, which became one of the art forms related to the rich Arabic language, which branched out to include many types of great creativity and beauty, such as Kufic, Persian, Diwani calligraphy, and many, many others.

The theme of the World Arabic Language Day 2020: Necessity or Luxury?

Technological developments and the use of international languages ​​such as English and French led to many changes in the use of the Arabic language, until these foreign languages ​​took the place of Arabic in daily communication and the academic field, and the use of classical Arabic began to decrease, as an increasing number of people use local Arabic dialects.

As a result of this shift, there has become an urgent need to preserve Standard Arabic by bringing it in line with the requirements of today’s changing linguistic landscape.

World Arabic Language Day 2020 provides an opportunity to discuss language academies to help revive and enhance the use of Classical Arabic, and to celebrate the richness and global importance of the Arabic language worldwide.

This celebration is organized in cooperation with the permanent delegation of the Kingdom of Saudi Arabia and the Sultan Bin Abdulaziz Al Saud Foundation.

You can join the global debate with the hashtag #ArabicLanguageDay

8 things you do not know about the Arabic language 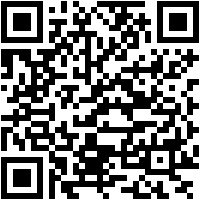 Download QR-Code
Coupaeon - endless coupon codes for best brands
Developer: Coupaeon Inc.
Price: Free
Close
We use cookies to ensure that we give you the best experience on our website. If you continue to use this site we will assume that you are happy with it.OkPrivacy policy